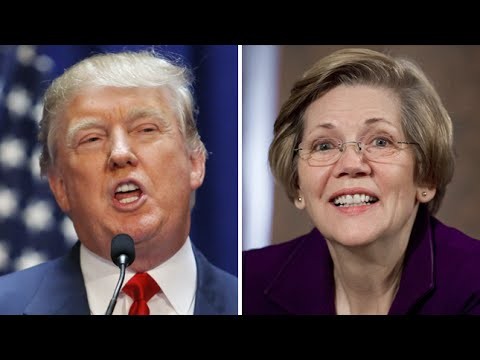 US president, Donald Trump fired tons of insults at US senator, Elizabeth Warrren and demanded she apologise for  'claiming' Native-American heritage as part of what he called a 'fraud' against the public, ridiculing her newly released DNA test as a sham.The  test results revealed the Massachusetts Democratic senator likely has trace amounts of Native-American ancestry, and Republicans including Trump who refers to Warren as 'Pocahontas', highlighted how diluted that ancestry was revealed to be.“Pocahontas (the bad version), sometimes referred to as Elizabeth Warren, is getting slammed. She took a bogus DNA test and it showed that she may be 1/1024, far less than the average American. Now Cherokee Nation denies her, ‘DNA test is useless.’ Even they don’t want her. Phony!” Trump tweeted. 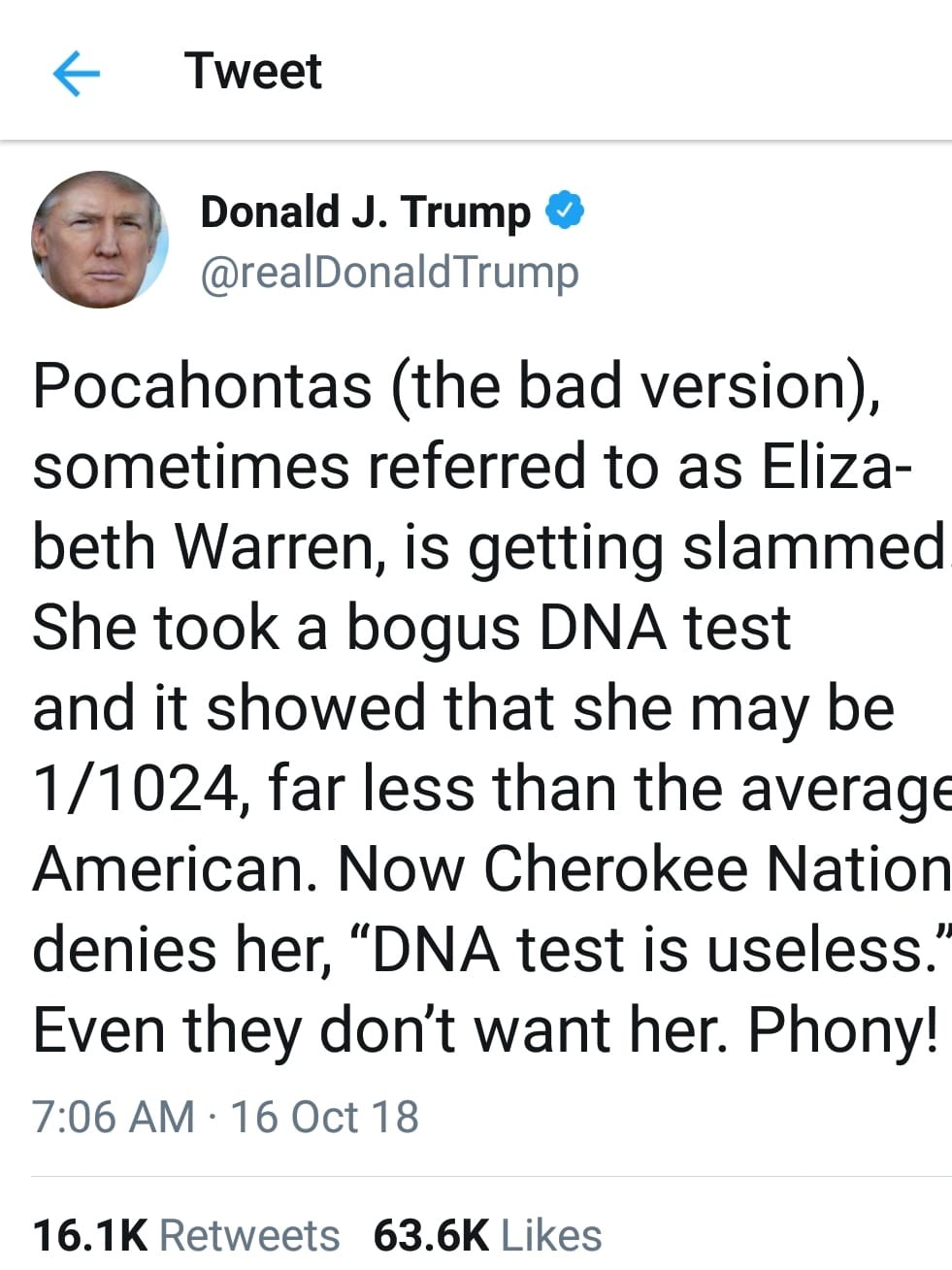 Warren denies using her ancestry to advance her career at Harvard and elsewhere, but released the results in a bid to support the Native-American bloodline she had claimed while working as a professor before joining the Senate.The results, as first reported by The Boston Globe, revealed “strong evidence” that Warren had a Native-American ancestor dating back six to 10 generations.According to the analysis, this means she would be between 1/64 Native American and 1/1024, or .09 percent—which would be less than the average European American, according to one 2014 study.Republicans slammed Warren’s test results, saying the trace amount of Native-American heritage should not give Warren “the right to claim minority status.”See more of his Tweets below.. 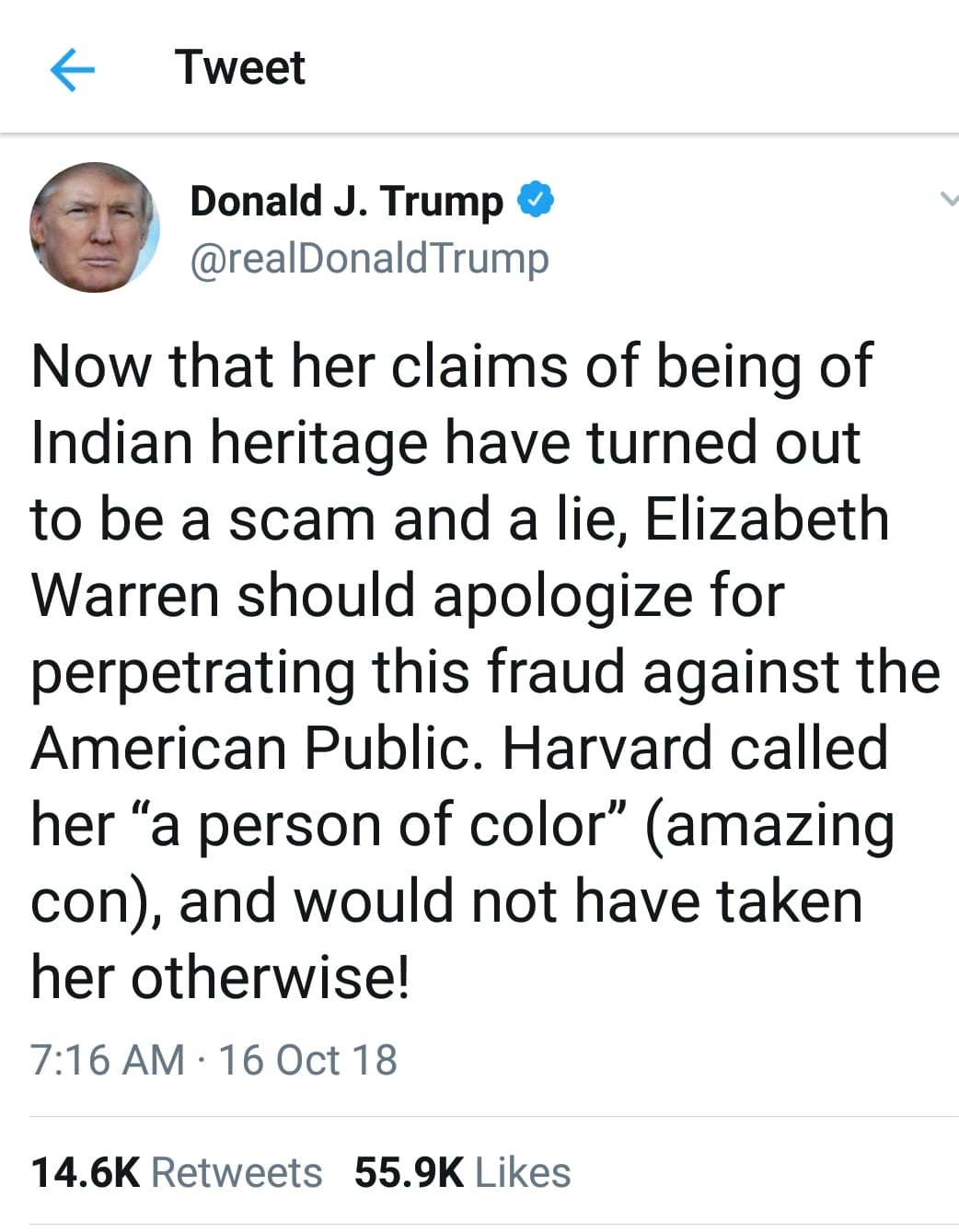 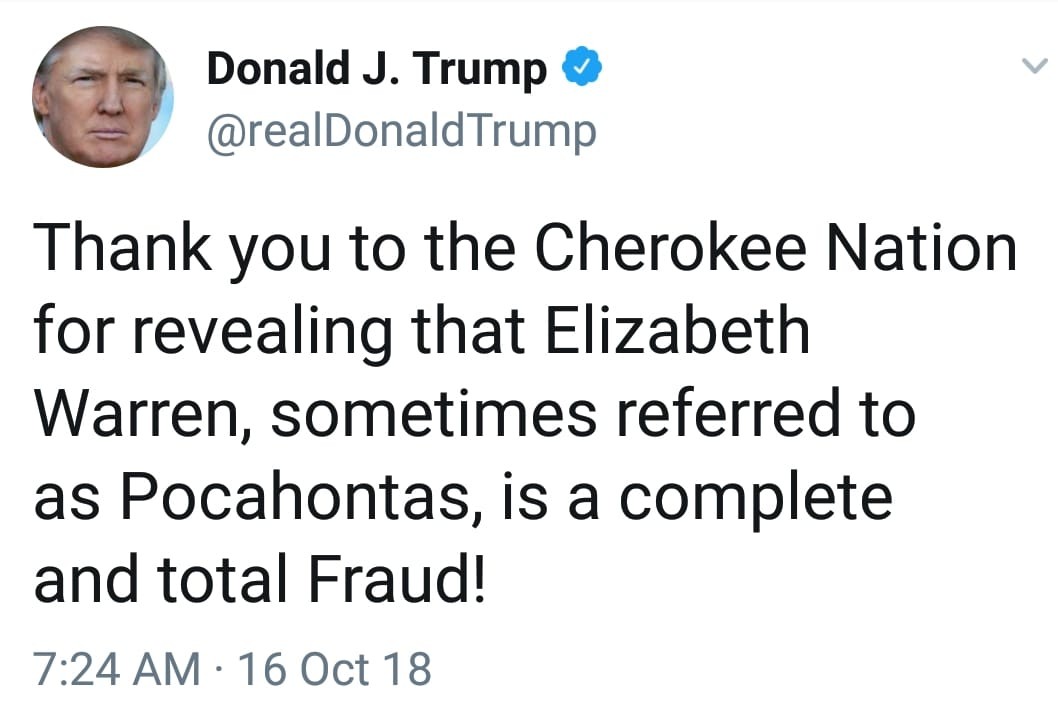 A beer with a label stating "German Reich Brewery" sells out in a store in eastern Germany.